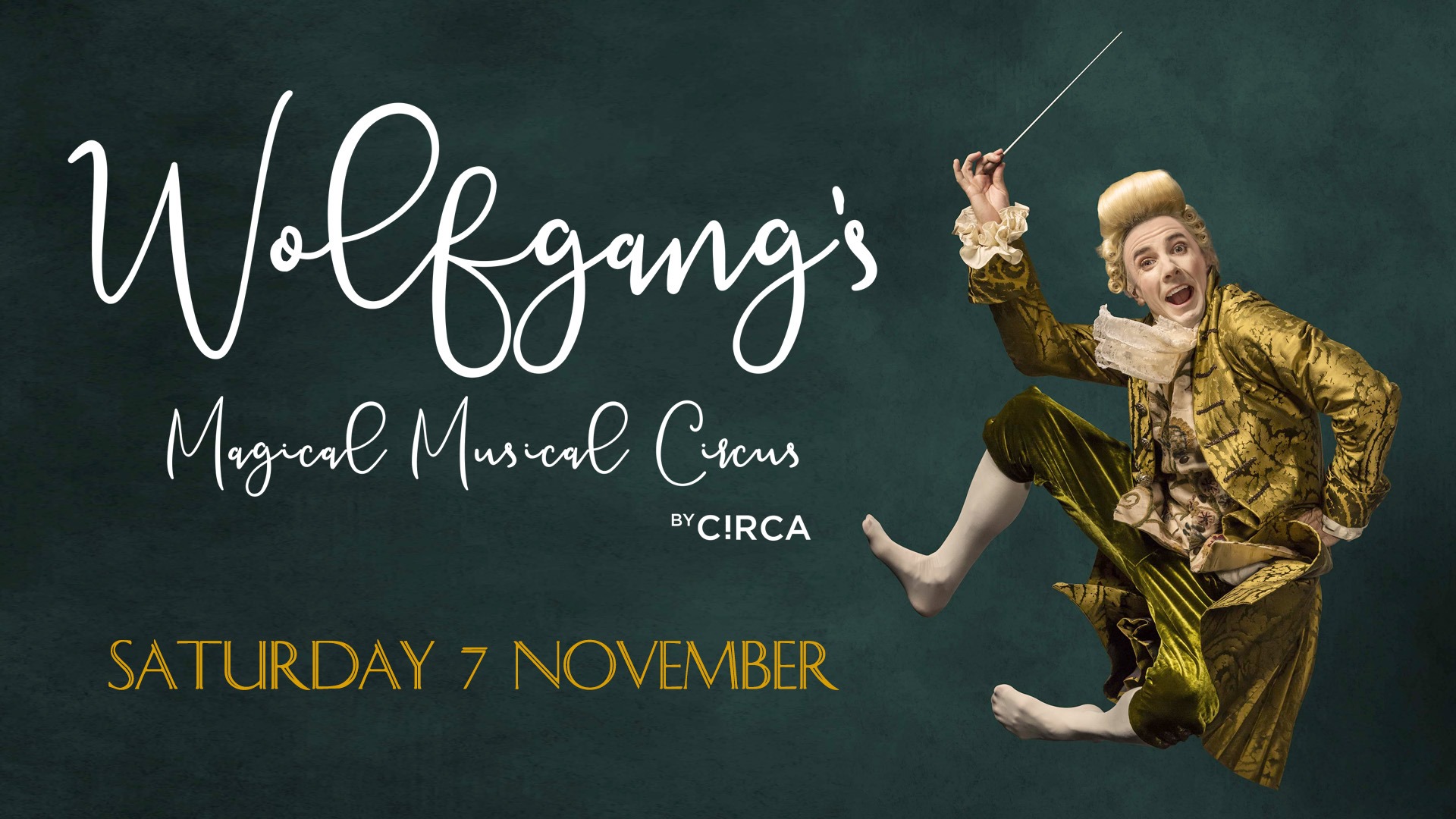 Wolfgang’s Magical Musical Circus by CIRCA
Straight from the score and onto the stage, the man known as Mozart appears amid a storm of powder, tumbling and twirling, as musical mayhem and movement fuse in this family show with a circus twist.

To those who know him, he is Wolfgang, the dart-playing ratbag. To those who are watching and listening, he is the wigged genius Mozart. Come and discover his irrepressible spirit and vibrant compositions through physical comedy and mischievous antics.

Designed to amaze people from the age of three and upwards, Wolfgang’s Magical Musical Circus reinvents the composer’s magical music in a skilful and illuminating show featuring Circa’s dexterous daredevil artists and a live accordionist. Watch as the notes are physically lifted off the page as performers bring the renowned compositions to life amidst a storm of powder, tumbles and crashes, all under the eccentric swirl of the conductor’s baton.

Suitable for kids aged 3 yrs plus