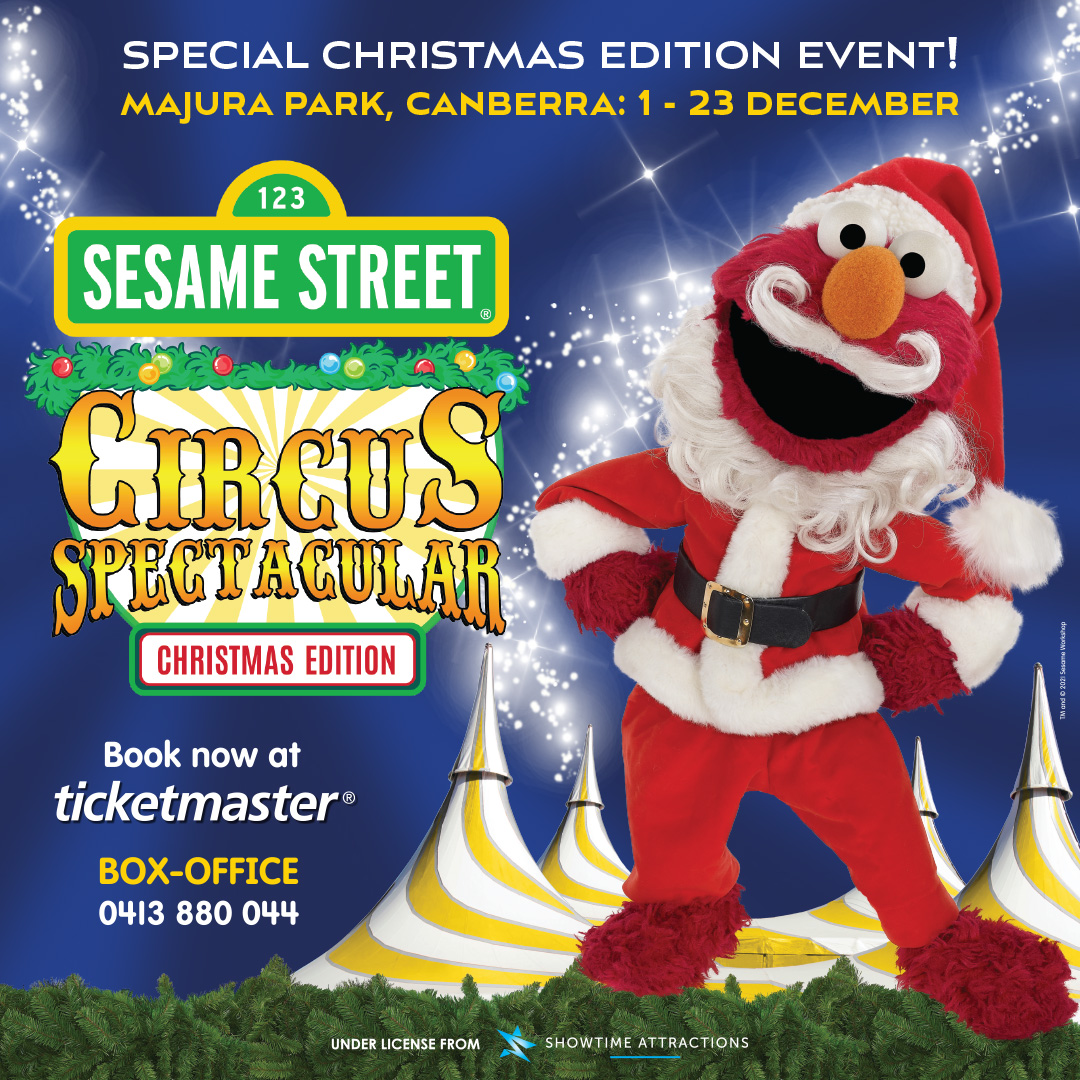 Santa is ready to welcome guests on arrival to the sensational Sesame Street Circus Spectacular – Christmas Edition which makes its world debut in Canberra this December.     All your favourite Sesame Street characters and a cast of international circus stars will have audiences gasping, laughing and sitting on the edge of their seats in a fun, thrilling and entertaining show suitable for all ages from 1-23 December at Majura Park.

The show will take place under the beautifully Christmas themed big top – come and check out the incredible 6m tall Christmas tree complete with thousands of twinkling lights and some very special Sesame Street Christmas decorations.   It’s just like a Christmas festival with dozens of other beautiful trees, Christmas themed sideshow games, Sesame Street bouncy castle and what would a Christmas event be without the chance to catch up with Santa to tell him if you ‘ve been naughty or nice!

A professional Santa photo booth will also be on site to capture those precious memories during intermission and after the show.

The show itself will feature a fun-filled 90 minutes of exciting and jaw-dropping international circus acts performing alongside Sesame Street faves including Elmo, Cookie Monster, Abby Cadabby, Bert and Ernie and Super Grover in an all-new Christmas story.

The content has been newly developed and produced in association with Sesame Street New York to create this special show just for Canberra and just in time for Christmas.

Suitable for kids of all ages!