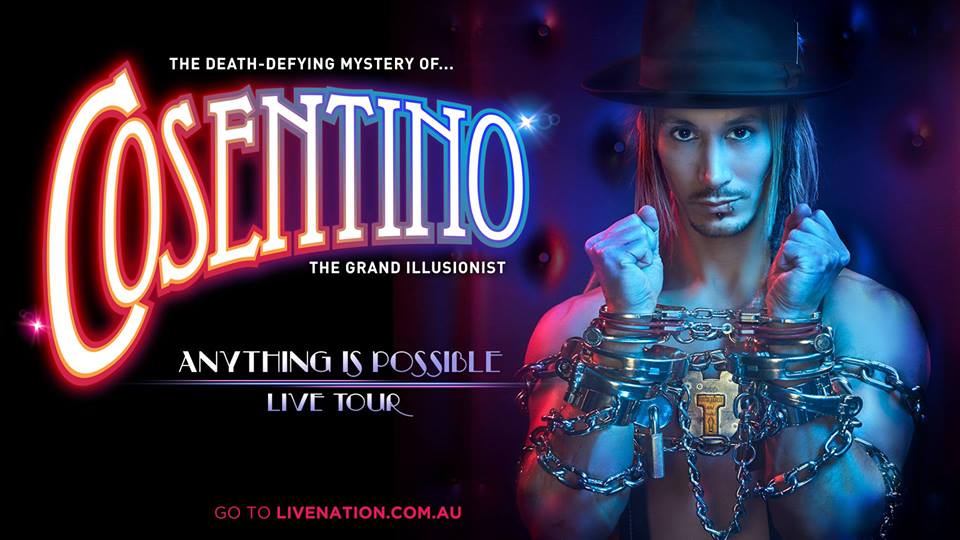 Australia’s world-renowned entertainer and ‘International Magician of the Year’, COSENTINO, will be taking his spectacular new live show ANYTHING IS POSSIBLE to Canberra in July 2019.

Join Cosentino as he performs death-defying escapes that will thrill your senses, mind boggling stage illusions and cutting-edge street magic that twists your view of reality.

Cosentino’s trademark blend of dance and magic with a touch of hilarious audience participation will take you on a journey that will captivate fans, new and old, until the very last mind-bending moment.

Now acknowledged as Australia’s most successful Illusionist & Escapologist, Cosentino has spent the last 18 months touring his live show to packed houses and rave reviews around the world.

“After spending so much time working overseas, I can’t wait to bring ‘ANYTHING IS POSSIBLE’ to Australia. I am so proud of what we have created with this new production. It has bigger illusions, crazier escapes and the best magic I’ve produced so far. I can’t wait to hit the road and perform it live for fans right across the country” said Cosentino.

Don’t miss out on your chance to secure what promises to be one of the hottest tickets of 2019.